Note: this post, while published, is a work in progress, as are all posts in this series, My Photo Life List. My goal is to photograph every species of bird that is seen on a regular basis here in Michigan, working from a list compiled by the Michigan chapter of the Audubon Society. This will be a lifelong project, that I began in January of 2013, and as I shoot better photos of this, or any other species, I will update the post for that species with better photos when I can. While this series is not intended to be a field guide per se, my minimum standard for the photos in this series is that one has to be able to make a positive identification of the species in my photos. The information posted here is from either my observations or the Wikipedia, the online free encyclopedia, however, I have personally shot all the photos appearing in this series.

The bobolink (Dolichonyx oryzivorus) is a small New World blackbird and the only member of the genus Dolichonyx.

Adults are 16–18 cm (6.3–7.1 in) long with short finch-like bills. They weigh about 1 oz (28 g). Adult males are mostly black with creamy napes and white scapulars, lower backs, and rumps. Adult females are mostly light brown, although their coloring includes black streaks on the back and flanks, and dark stripes on the head; their wings and tails are darker. The collective name for a group of bobolinks is a chain.

The bobolink breeds in the summer in North America across much of southern Canada and the northern United States. It migrates long distances, wintering in southern South America in Argentina, Bolivia, Brazil and Paraguay. One bird was tracked migrating 12,000 mi (19,000 km) over the course of the year, often flying long distances up to 1,100 mi (1,800 km) in a single day, then stopping to recuperate for days or weeks.

They often migrate in flocks, feeding on cultivated grains and rice, which leads to them being considered a pest by farmers in some areas. Although bobolinks migrate long distances, they have rarely been sighted in Europe—like many vagrants from the Americas, the overwhelming majority of records are from the British Isles.

The species has been known in the southern United States as the “reedbird,” or the “ricebird” from their consumption of large amounts of the grain from rice fields in South Carolina and the Gulf States during their southward migration in the fall. One of the species’ main migration routes is through Jamaica, where they’re called “butter-birds” and at least historically were collected as food, having fattened up on the aforementioned rice.

Their breeding habitats are open grassy fields, especially hay fields, across North America. In high-quality habitats, males are often polygynous. Females lay five to six eggs in a cup-shaped nest, which is always situated on the ground and is usually well-hidden in dense vegetation. Both parents feed the young.

Bobolinks forage on or near the ground, and mainly eat seeds and insects.

The numbers of these birds are declining due to loss of habitat. Bobolinks are a species at risk in Nova Scotia, and throughout Canada. In Vermont, a 75% decline was noted between 1966 and 2007. Originally, they were found in tall grass prairie and other open areas with dense grass. Although hay fields are suitable nesting habitat, fields which are harvested early, or at multiple times, in a season may not allow sufficient time for young birds to fledge. Delaying hay harvests by just 1.5 weeks can improve bobolink survival by 20%. This species increased in numbers when horses were the primary mode of transportation, requiring larger supplies of hay.

On to my photos:

These photos were shot at the Muskegon County wastewater facility, the first two in July of 2017, and the other one, a few years earlier as I tried to get close to one. 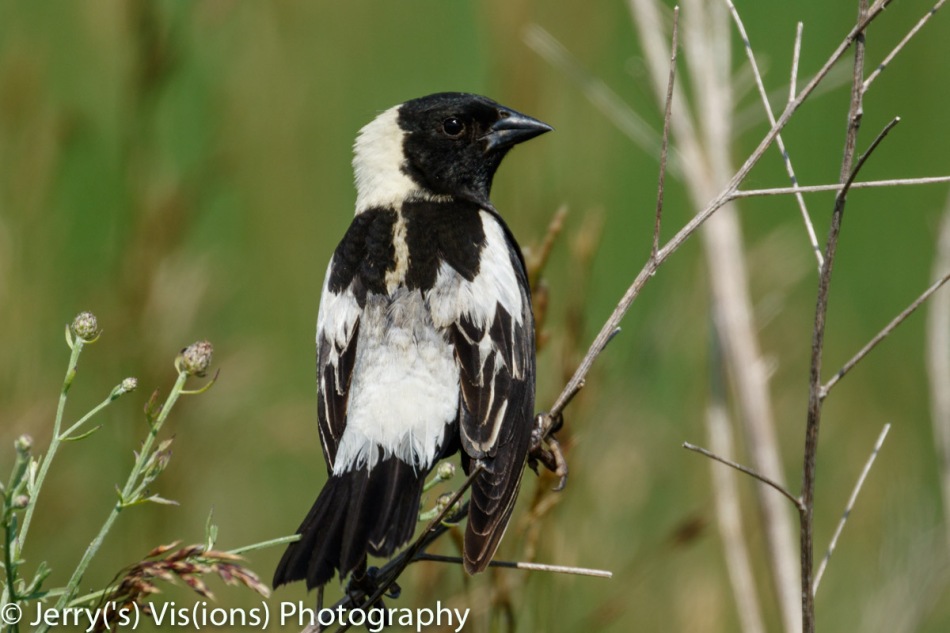 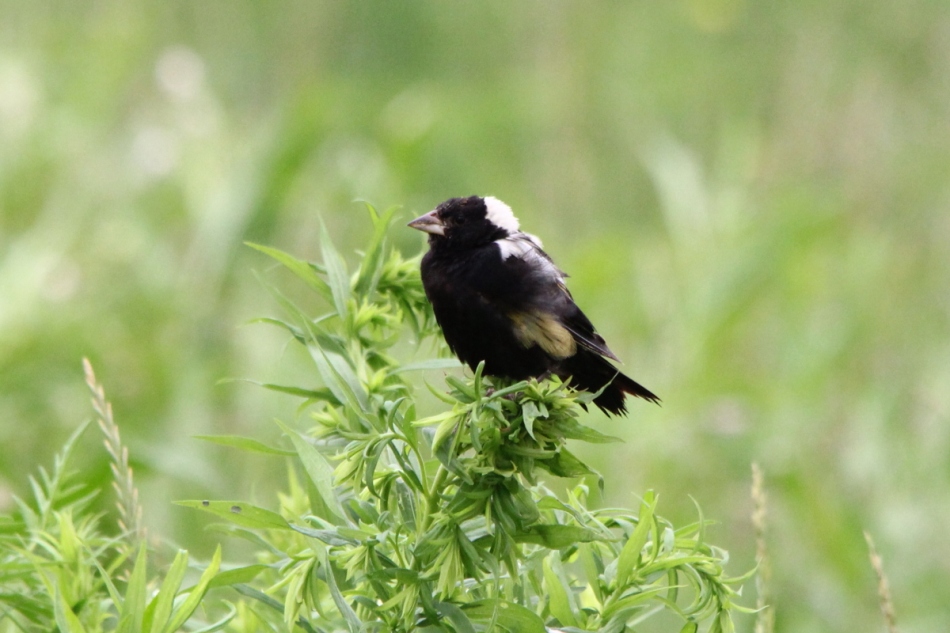 That’s it for this one, thanks for stopping by!