Fewer and farther between

First of all, I hope that I have gotten the settings correct in WordPress for this post, I thought that I had for my last one, but it didn’t allow any comments, sorry.

While I was taking a break from blogging, it occurred to me that my blog had become very boring, and hardly worth the effort it took to continue putting out new posts that were essentially the same posts over and over again. I’ve been going to the same few places, shooting the same few species of birds for the past couple of years. The only thing that changed from post to post were my thoughts on photography and photo gear, which most people find boring.

One of the reasons that I kept returning to the same locations every week is that those locations give me the best chance of shooting enough photos to fill a blog post during my two days off from work each week, rather taking a chance that I would miss doing a post now and then as I learned a new location.

In addition, trying to shoot enough photos to fill a post quickly often put me at odds with one of my goals, getting the best possible photos that I can. That became very clear to me a few times during my break from posting, as I would be sitting somewhere in hopes of getting a great photo instead of rushing from place to place, shooting a wider variety of fair photos as I typically do. That became very clear to me a few weeks ago as I sat waiting for a pileated woodpecker to move to a place where I had a clear view of him in excellent light, instead of settling for a shot through the branches that were between myself and the woodpecker. If he had moved just a few feet higher on the tree he was investigating, I would have gotten my very best image of that species to this date. But as I sat there, the thought that I was wasting such good light by waiting kept repeating itself in my head the entire time, so I gave up waiting and moved on, which was probably a mistake.

Bufflehead ducks coming in for a landing

If you’re feeling a bit down and need something to cheer you up, there’s few things better than watching bufflehead in action. They look to be completely out of control as they land as they use their wings and feet to steer, and once on the water, the show often continues.

I wasn’t able to photograph any of the antics of the males’ courtship displays, but I have in the past, and that is quite humorous also, but video would be a much better way to show that than still photos. However, still photos work fine when capturing a bufflehead on take off. 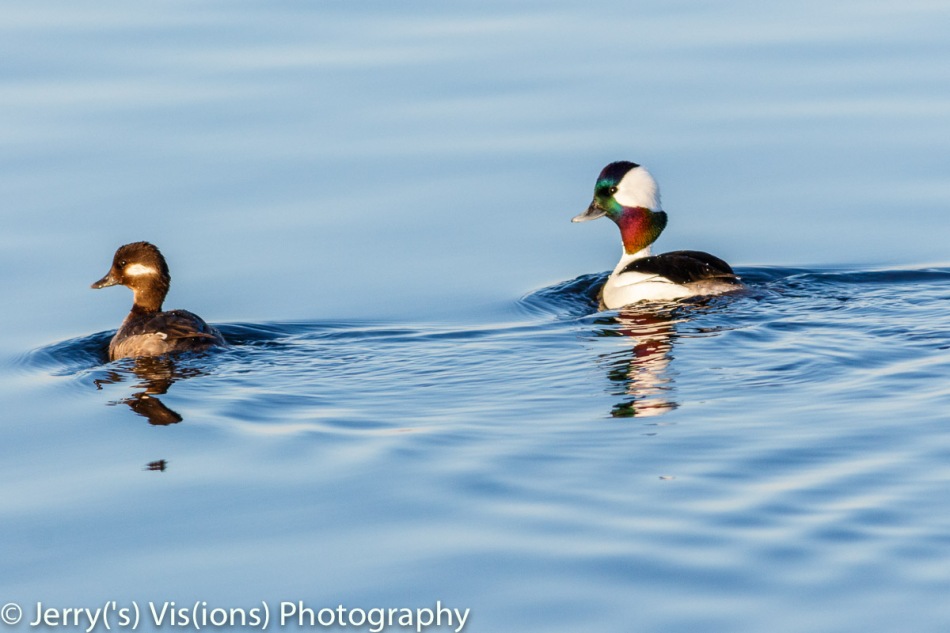 A pair of bufflehead

I was using the 7D because I thought that the bufflehead would take flight, and the 7D is still better for action photos than the slower 5D Mk IV. But, they didn’t take off, instead, I got my best photo to date that shows the beautiful colors of the male bufflehead’s head. However, I can still do better if I can get closer, use the 5D Mk IV, and get the light exactly right.

When it comes to photography, I’m still watching an occasional review of the newest gear coming on the market, not that I’m interesting in upgrading any of my gear now, but to stay current and to have an idea of what’s coming in the next few years.

I have taken to watching videos where the “experts” critique the images sent in by viewers, and I’m finding them helpful in my being able to improve my images. I put experts in quotes because not every one who does such videos is a true expert on the types of photography that I do most. A great example of that is Jared Polin (Fro Knows Photos) because he doesn’t shoot wildlife or landscapes. He does occasionally review those types of images, and he states up front that they are outside of his expertise, but I still find his comments and suggestions helpful. A good image from any genre is a good image, and learning how to better tweak my images in Lightroom is helpful, no matter which genre of image is being tweaked.

I find it very helpful to see so many more images shot by others than I would otherwise see, unless I was able to join and attend the meetings of the local camera club to get feedback on my images. I’m thinking that later this year, after I have my leftover medical bill paid, of taking a one on one session offered by the local camera store that includes feedback on my images along with pointers on how to improve my images.

I know that it’s mostly that I need to put more time into each image, although not always. I spent close to an hour to get these next two images, using my macro lens, an extension tube, and my homemade macro lighting rig. 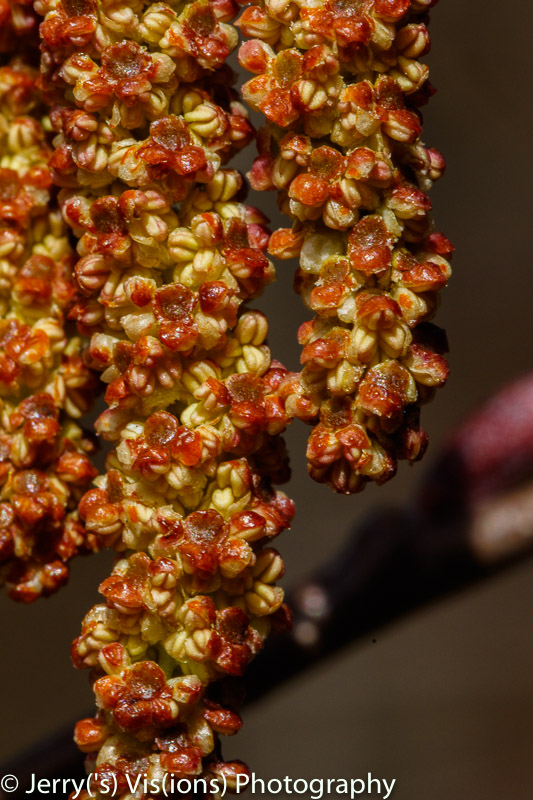 It didn’t take me as long to get this… 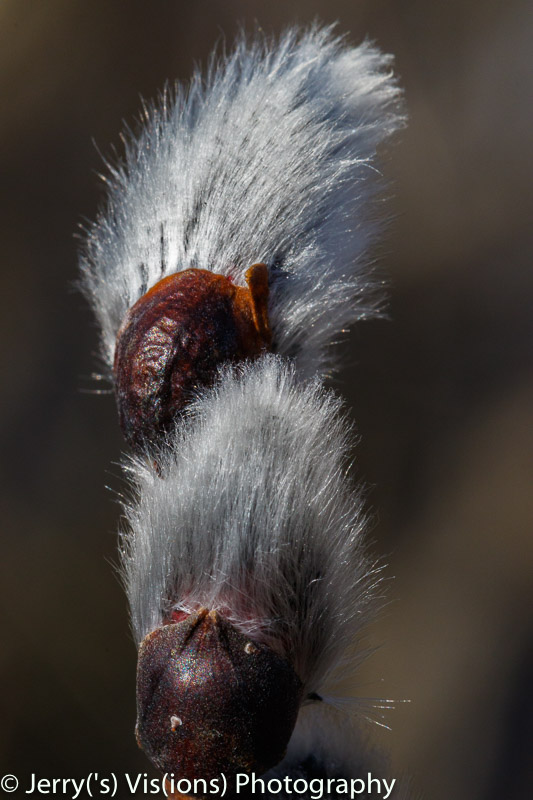 …but it did take me a few tries before I got that one. I wish that I could have found a better background, but I did the best that I could.

So, it’s been another week since I worked on this post as I’ve been working out how to say what I want to say in fewer words than I typically use.

My posts were getting to be all the same, and I’m tired of posting crappy photos just so that I can say that I saw a certain species of bird while I was out. 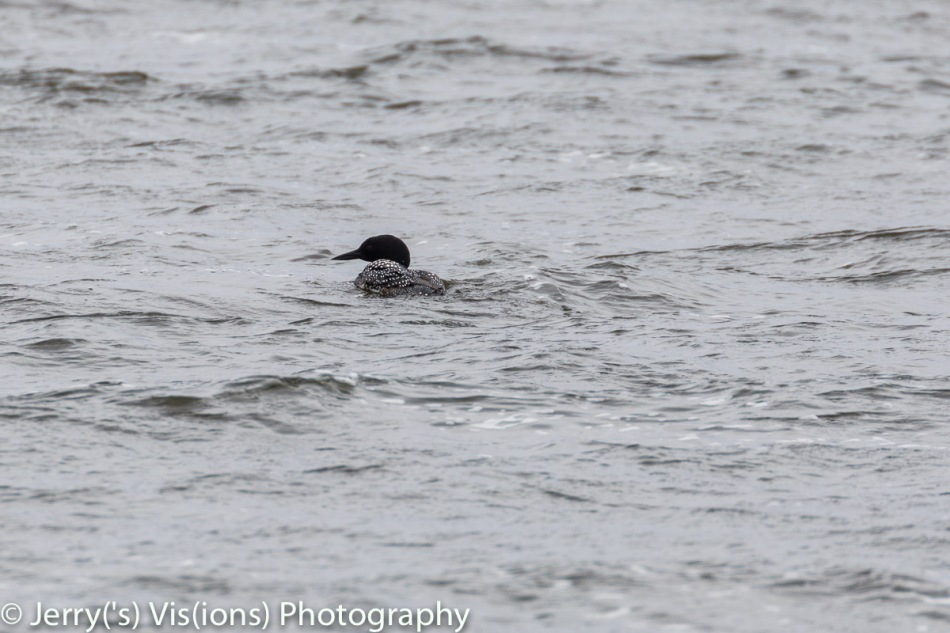 Even if I get a technically good photo of a species… 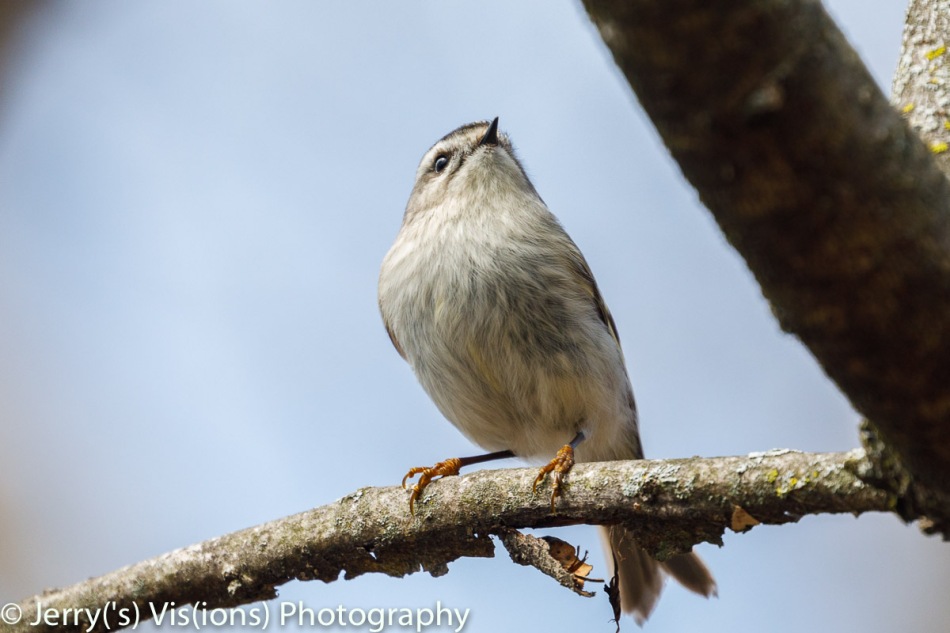 …when one shot under poor conditions showed the bird’s markings better.

Getting better images is going to require more time along with shooting more photos to sort through until I finally get the images that I desire.

I also want to take the time to photograph different aspects of nature photography, such as this image.

I suppose that you could add these to that list as well. 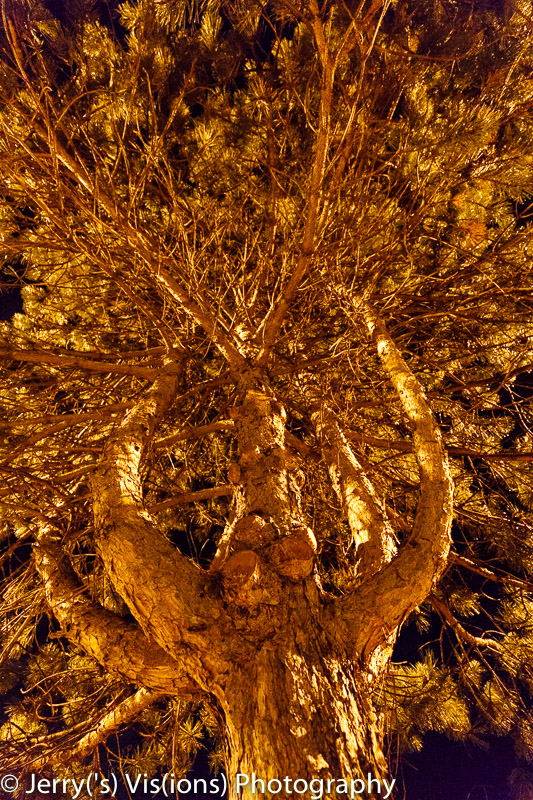 White pine at night in the rain

White pine at night in the rain

What it all boils down to is that I’d like to get more creative by shooting differently than I do now. 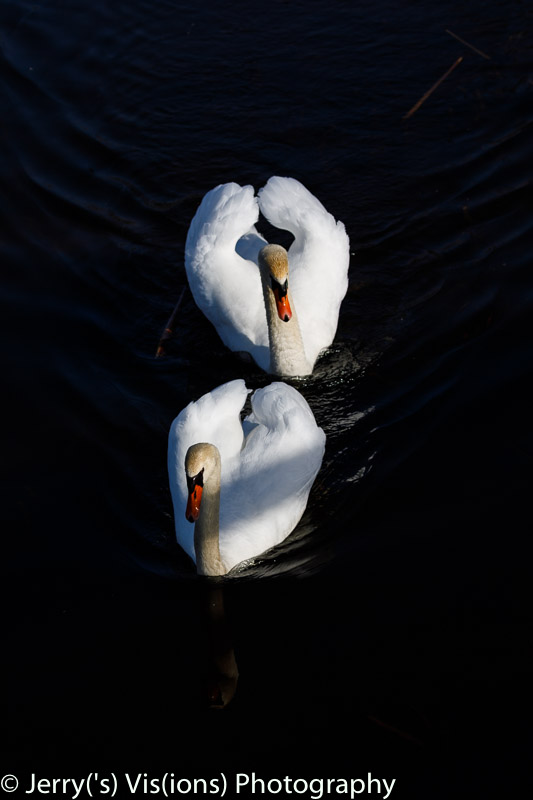 If only I had been a few seconds quicker as the swans swam under the bridge I was standing on. 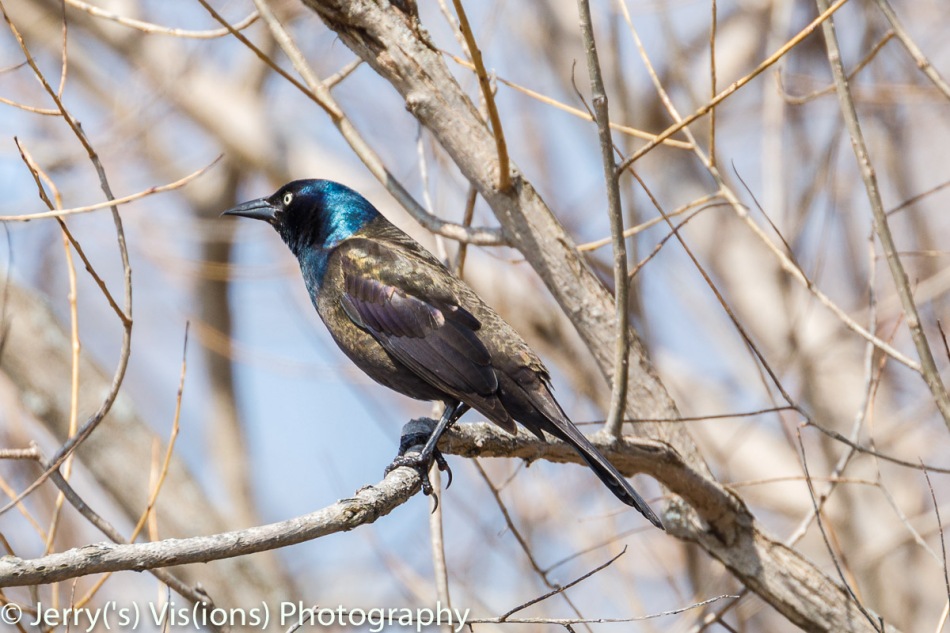 …but I’d rather shoot images like this if I could get into a better position so that I wasn’t shooting through a small opening in the brush between myself and the grackle.

I’d like to have the time to document changes as well, even if these aren’t nature photos.

The Cobb power plant near Muskegon, Michigan, from June 2018

You can see the progress that’s been made in tearing down this old coal-fired power plant in the past year. 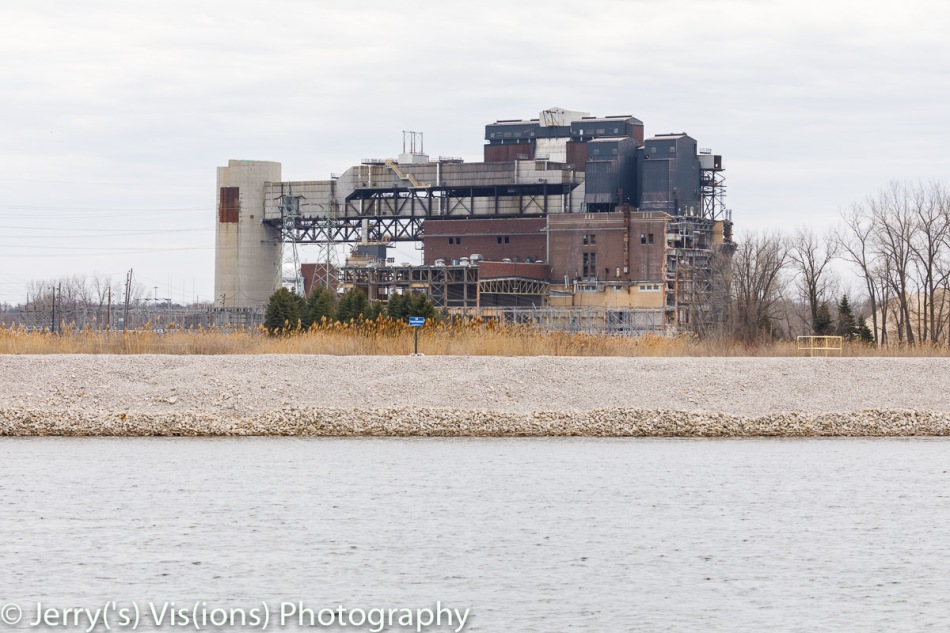 The Cobb power plant near Muskegon, Michigan from April 2019

But never fear, when I get good images of a bird, even a species that’s common and that I’ve posted many photos of, when I catch one singing its spring song… 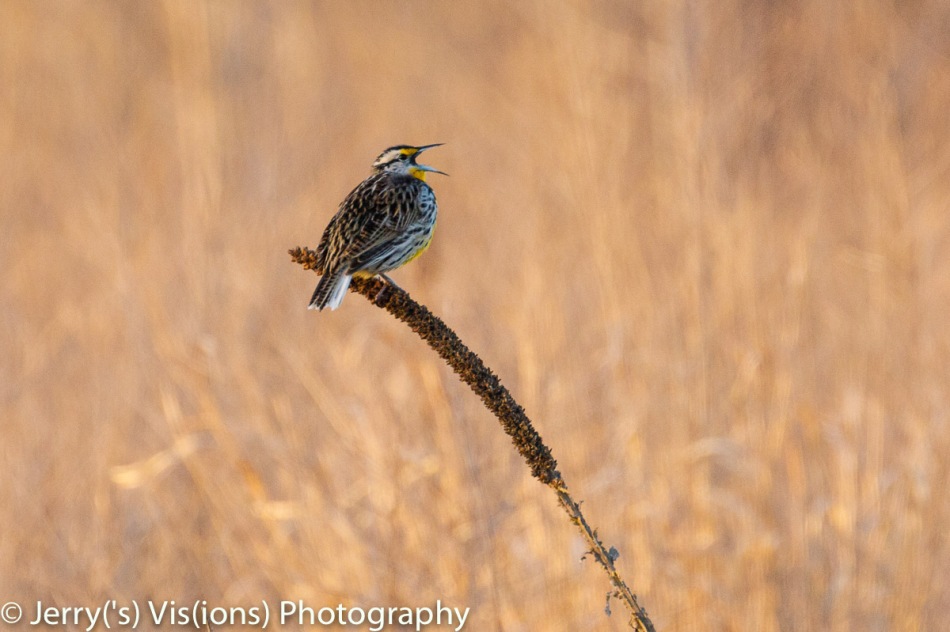 …because hearing the birds sing brings me a great deal of joy.

And, when I get better images of a species… 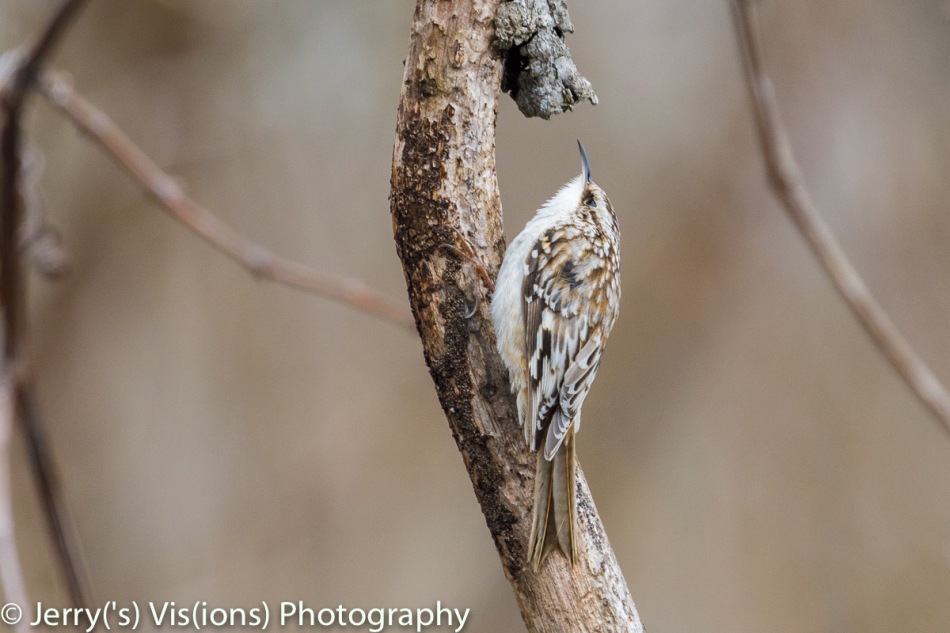 Two last thoughts before I end this.

My other thought is that I’d like to add a fish eye lens to my kit someday. The earlier photos of the white pine at night weren’t quite what I wanted because my 16-35 mm lens isn’t wide enough to get the effect that I was going for in the way that the branches spread out from the trunk of the tree. I think that the addition of a true fish eye lens will work well for nature photography for close-ups of flowers and other similar subjects.

The lens I have in mind will focus down to 6 inches from the sensor plane. meaning that the front element of the lens can almost touch the subject and still get it in focus. A fish eye lens does distort reality, but it would also allow me to get more creative in my shots of flowers, fungi, and lichens, due to the extreme depth of field that comes with such a lens. I tested the lens that I have in mind out in the local camera store, and I can control how much it distorts reality by using Lightroom to control the distortion. Who knows, ultra-wide nature images may end up being the niche that I’m looking for.

That’s it for this one, thanks for stopping by!